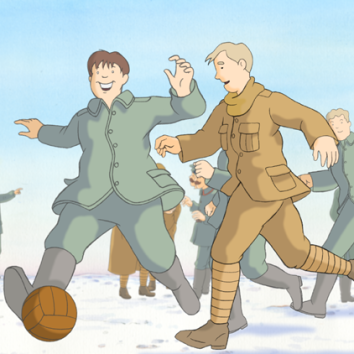 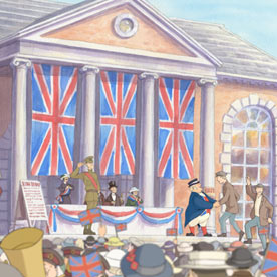 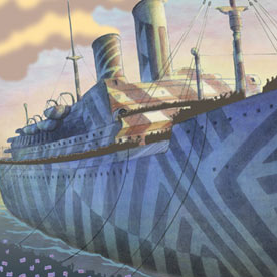 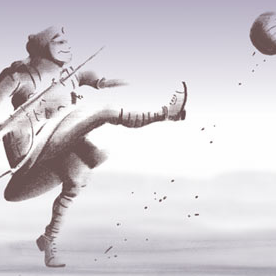 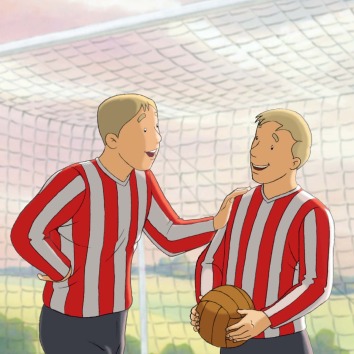 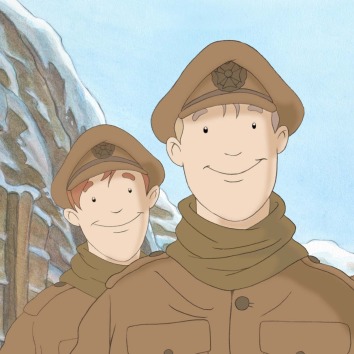 Based on the book by Michael Foreman, WAR GAME tells the story of Will, Lacey and Freddie – three young Suffolk lads who leave their idyllic country lives to fight in the trenches of World War I. Surrounded by the chaos and confusion of war, they can only dream of their football team, their friends and the families they have left behind.

On Christmas Day 1914 however, a football game is started between the Germans and the English. Scrambling onto No Man’s Land, the men come face to face with the enemy they have never seen, and the true futility of their fight. For a brief moment differences are forgotten, the men unite and the seeds of hope are planted. But joy has no place in war and the men are soon recalled to the trenches to continue the battle.

From a football game in the fields of Suffolk to a football game in the heart of Flanders, WAR GAME follows the realisation of three young men’s ambitions to play for England and the ability of the human spirit to rise above the hardest of times. Featuring a powerful and moving sound track from the composer Julian Nott, and including Kate Winslet on the voice track.