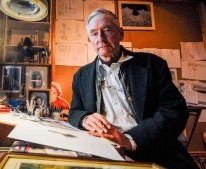 We are deeply saddened to hear about the death of Raymond Briggs. Raymond was someone truly special – a total original. Our condolences go out to his family. He will forever be remembered.

Producer Iain Harvey shares; ‘Despite his reputation as being somewhat grumpy (which I’m sure he used as a defence at times), Raymond was wonderful company. He saw the world, with all its ups and downs, with crystal clear eyes and said it like it was. I shall miss this very gentle man.

Helping to transfer three of his totally original books to the screen (The Snowman, When The Wind Blows and Father Christmas) changed my life. Above all, it was fun – even when he wasn’t completely sure about the direction we were taking, as he understood films had different demands to books. His books, and hopefully the films, are a permanent memorial to a creative genius.’ 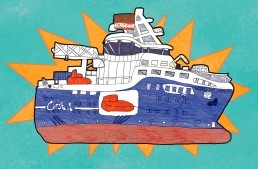 Grimsby’s Festival of the Sea returns for a second edition to a new location this summer, featuring the screening of a special episode produced by the award-winning animators of CITV’s The Rubbish World of Dave Spud working in conjunction with local school children.

With support from ITV, Festival of the Sea and creatives from London-based Illuminated Films have worked with local school children to create a themed animation entitled ‘Where Do All The Boats Go.’ It focuses on the traffic on the busy River Humber and the story behind the hundreds of ships seen on the horizon daily.

The Dave Spud team hosted assemblies for Year 7, 8 and 9 students at Cleethorpe Academy and encouraged them to apply for the opportunity to create a cartoon shown at this year’s festival. Those selected for the workshop took part in script writing, recording lines for the voice-over in the film and drawing the boats for the designs to be used in the film. The animation will then be screened at the festival on Saturday 16th July, along with one episode from the series, Top Town of the North.

The Festival is produced by Grimsby-based events organisation The Culture House in partnership with one of the UK’s leading outdoor arts organisations, Walk the Plank.

This year, it takes place in a new location  – Heritage Square, between the river Freshney and Alexandra Dock. Looking out onto the water, Festival of the Sea will host vibrant street theatre, dance, and live music. Stalls offering the chance to sample delicious seafood will while learning more about Grimsby’s heritage.

Nick Harvey, The Rubbish World of Dave Spud Executive Producer, said: “One of the reasons we were so keen to do this is that we really believe, as a team, that the animation industry should be open to anybody, and we hope the workshops gave the brilliant students an insight into the production process of animation, and hopefully inspired some of them to bring their talents to the creative industries in future.”

Iain Harvey, The Rubbish World of Dave Spud Producer, said: “We’re really proud to be taking part in this. When the Festival of the Sea approached us, we knew it would be a great opportunity to go to different parts of the UK and introduce them to the wonderful world of animation – and shipping. It might seem like a small feat but I’m almost certain we’ve got some brilliant future animators in the making.”

ITV’s Paul Mortimer, who commissioned The Rubbish World of Dave Spud for CITV said: “The Rubbish World Dave Spud is an award-winning CITV commission and we are pleased to support this workshop at the Grimsby Festival of the Sea. ITV spends more out of London than any other commercial broadcaster and we are proud to have deep roots in the nations and regions.” 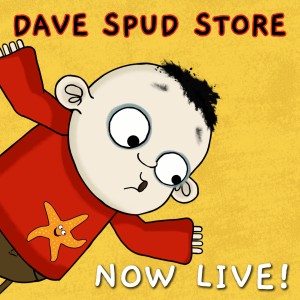 The Rubbish World of Dave Spud store is now live via the Dave Spud website and social media pages. Illuminated Films has created a Teemill store to bring a range of products to true Spud fans!

The comedy adventure series that has been a hit on CITV and entertaining kids, has now teamed up with Teemill to bring its own Official Dave Spud products. You can now enjoy sharing your love of our underdog Dave Spud and the extraordinary expeditions he gets up to with his family, friends and of course Gareth the Starfish and the one eyed flea ridden, much loved, family dog, Fuzzypeg!

We have teamed up with Teemill to create a range of products featuring the characters from the show. We hope you enjoy and love them as much as we do. Our products are printed on super soft, certified organic cotton in a factory powered by renewable energy. 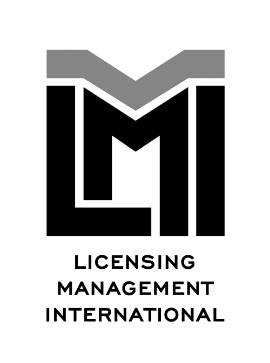 Illuminated Films are pleased to announce LMI as their licensing partner for CITV comedy adventure series The Rubbish World of Dave Spud. The Spud’s are one family that will not be forgotten and the ratings since launch of both series 1 and 2 have been strong for ITV, promising great things for the future of the brand and its licensing programme.

The Rubbish World of Dave Spud, produced by Illuminated Films, stars the voice talents of Johnny Vegas, Jane Horrocks, Gina Yashere, Philip Glennister, Lisa Hammond, Akiya Henry, Arthur Smith, and the musical talents of Basement Jaxx. It is a surreal hilarious animated kid’s comedy adventure, with a most unlikely hero, which will appeal to fans of Spongebob Squarepants, Mr Bean and Adventure Time. The series has comic moments that have already become a cult hit with fans of the British series that is set in the seaside town of Grimsby. It has also represented those who are less likely to see themselves on screen through the range of characters.

This new relationship between LMI and Illuminated Films comes from successful Brand Licensing Europe discussions and following the recent RTS Award for Bests Children’s Programme for The Rubbish World of Dave Spud.

Established in 1982, Licensing Management International (LMI) is a multifaceted licensing agency. The Company has had a long and successful trading history and have represented some of the world’s most recognisable and highly successful Brand and Entertainment properties from BSA to Game of Thrones. Our approach is to promote, protect and to produce revenue for the Rights owners.

We are so excited to share that The Rubbish World of Dave Spud WON the Royal Television Society Award for Best Children’s Programme. Thank you to the RTS Awards and the fantastic team behind the series. Congratulations to creator and direct Ed Foster, all the writers, cast and crew who we couldn’t do this without, plus ITV, Beta Film, Cloth Cat, Fonic Post Production, Platform Post, CelAction and many more! Thank you. 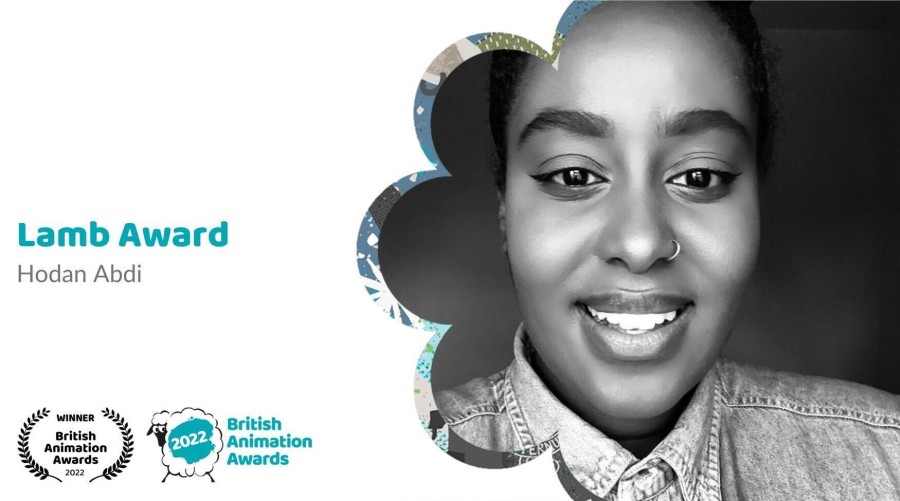 A Win At The British Animation Awards!

Statement from the BAA’s: This year’s Lamb award goes to someone whose production expertise is previous and not often specifically celebrated. Their progression from being a graduate to a key role in a busy production company, not only keeping projects on track but also driving social media and co-producing Skwigly’s Visible in Visual diversity and inclusion podcasts on the side deserves a big celebration – congratulations. 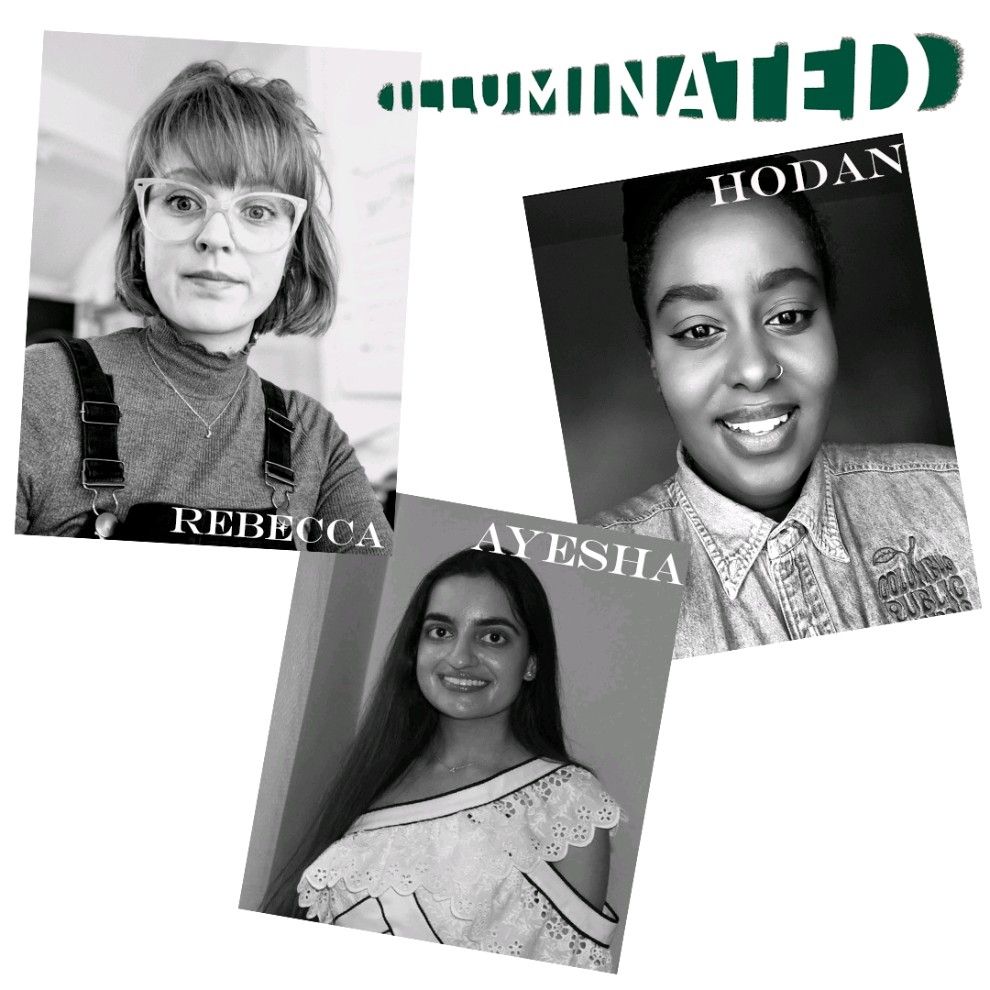 Happy International Women’s Day. Meet the Illuminated Films core production team. We support the talented women in the animation industry, from entry-level to senior roles, and creative to production roles, not just today but EVERY DAY.

Today the nominations were announced for the prestigious British Animation Awards 2022. Rewarding the best in British animation across a diverse group of categories. Illuminated is very happy to announce not one but three BAA nominations, two for the latest series of Ed Foster’s The Rubbish World of Dave Spud for ITV and a very exciting nomination for one of our internal team.
In the Writers Award category, Madeleine Brettingham is nominated for her script Twinfestation, taken from series 2 of The Rubbish World of Dave Spud.
Dave Spud is also nominated in the Best Use of Sound Category, a nomination which we share with audio stars Fonic – Post Production for the episode Burning Wheels.
Finally, our very own Hodan Abdi (Production Co-ordinator) has been nominated for the LAMB award – Hodan has been with Illuminated for four years and has worked on both series of The Rubbish World of Dave Spud, as well as many more projects. 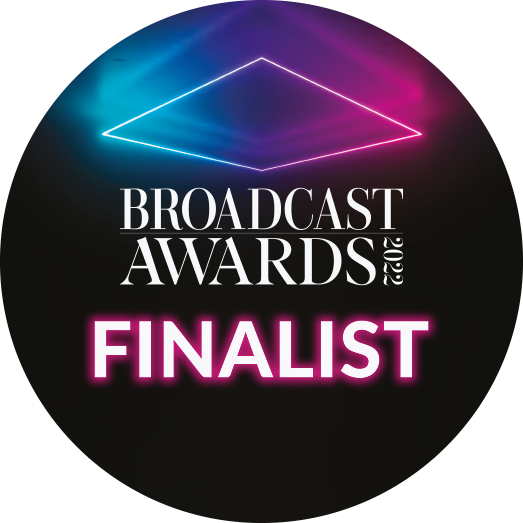 The Rubbish World Of Dave Spud has been nominated in the Best Children’s Programme category of the 2022 Broadcast Awards. The ceremony will be held in London on 10th February 2022.

Perfect news for the end of series 2 production. Thank you to all the cast, crew and production team who have worked so hard. 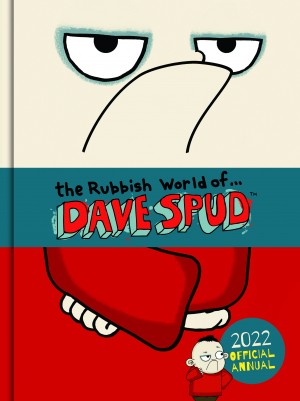 An official 2022 annual for The Rubbish World of Dave Spud is coming this Summer. Based on CITV’s kids favourite animated series, the 2022 annual is released on 26th August. You can pre-order your copy now here or from Waterstones, WHSmith, Foyles or BookShop.org.

Join Dave Spud and his amazing and somewhat unusual adventures – there’s never a dull moment in this life. Trouble somehow ALWAYS seems to find him, even when he’s sat in front of the telly.

Chock-full of games, quizzes, comic strips and silly jokes, this official 2022 annual will get fans of The Rubbish World of Dave Spud giggling!

The publishers of the annual is Sweet Cherry Publishing.